I had the pleasure of meeting Stephanie (and her fiance, Tom) by chance on Mike's Ride on March 12. Back in 2011, Stephanie did the Bike and Build adventure and shared this great synopsis of her adventure:

The program is called Bike and Build: https://bikeandbuild.org. The program summarizes itself as "pedaling for affordable housing." The site does a fantastic job at explaining Bike and Build's impact and purpose but I'll provide a summary for you: It attracts young adults between the ages of 18-28 who have an interest in civic involvement and adventure. There are 8 different cross country routes- all beginning on the East coast and ending on the West coast and all starting at the beginning of the summer and ending at the end of summer (all are around 3 months long). Once accepted into the program, one must generate $4,500 through a fundraiser which primarily goes towards the affordable housing cause but also helps to fund the gear and daily necessities involved. Once each rider raises $1,000, they are given a brand new road bike sent to them by a sponsor. Each trip has around 32 young adults- four of whom are leaders. The leaders share the job of driving the support van that houses our gear and lunch food.

A normal day involved waking up around 4:30/5:00 (because our route was so hot!), getting your overnight items into the van, eating breakfast, filling your water bottle and going over the day's route. An average day consisted of 70 miles. Lunch was usually at mile 25- always peanut butter and jelly. People usually rode in groups of four. You could take your time and stop whenever wanted- if you saw an attraction or a good tree to nap under. The host was most always a church or school that provided showers and dinner for us. Build days were very similar- just that we were building homes instead of riding our bikes during the day. Build days were usually set up with Habitat for Humanity or groups similar.

I was on the southern most route "SUS" during the summer of 2011 and there are no better words to describe the trip than "life changing." I met incredible people from all over the country. I got to ride my bike into places such as the Grand Canyon and Zion National Park. I slept on church and school floors in small towns and cities. I sampled local cuisine through the generosity of local people who would feed us delicious dinners. I rode through the downtown of New Orleans and the very, very lonely roads of Death Valley, California. I helped those who lost their homes from Hurricane Katrina and those who lost their homes from personal troubles.

I could talk about the trip for hours- it had such an impact on me. I gained a new perspective on how to live life. I learned just how important it is to take chances and to do things outside of yourself - to give to others, to challenge yourself physically and to be comfortable being alone and and open to people.

The Time is Now

At the buzzer. A Dad so proud.

What a Mike's Day!

Mindful Photo of the Day

2 Celebration at the Stadium

Student of the Quarter

The Promises You Make to Yourself 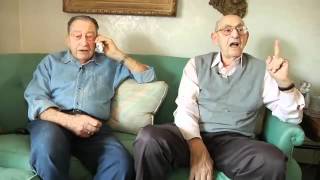 Listen to the Pros

Manners in the Moment